Skip to content
As we approach the summer months, please let Mrs. Helen Griffin know if you are able to host guests for sleeping or eating. All guests placed by the hospitality committee are screened by Rabbi Haber. Please have all potential guests call Rabbi Haber’s office directly. He will put them in touch with Mrs. Griffin. If you are interested in renting out your house over a portion of the summer please let Rabbi Haber know. We receive several requests each year. 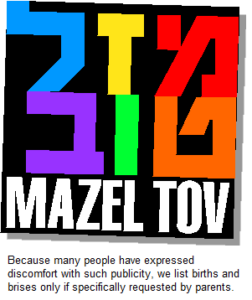 Apr., 2018
To Rabbi Chaim and Naomi Silver on the engagement of their son Eli to Adina Hartman.

To Rabbi Sender and Chamie Haber on the engagement of Rabbi Haber’s brother, Yossi to Chamie’s cousin Yael.

To Beryl and Esther Basya Greenberg and families on their recent marriage. Esther is the daughter of Pesach and Lea Schwartz.

To Naor and Goldie Hilel and family on Osher‘s becoming Bar MItzvah.

To Esther Schwartz, Beryl Greenberg, and their respective families on the young couple’s engagement. Parents are Pesach and Leah Schwartz, formerly of Norfolk and now in Woodmere, NY, and Rachel and Sanford Greenberg of Cleveland.

To Leah Esther Mostofsky and Eli Krischer on their upcoming wedding. Mazel Tov also to the extended Mostofsky, Krischer and Blumenthal families.

To Danny Trestman on his engagement to Shalva Kakon. Mazel tov also to his parents, Gregg and Rena Trestman.

To Herb Zukerman and Bina Krieger and their families on the couple’s recent engagement.

To Chana Brooke, daughter of Jeff and Amy Brooke, and Avi Horowitz and their entire families on the couple’s engagement.

To Ro’ee and Avigail Mor and families on their recent marriage.

To Jenny (Lefcoe) and Shneur Wallach and their families on their recent marriage.

To Leah Mostofsky, daughter of Rabbi Sholom and Tehilla Mostofsky, and Eli Krischer on their engagement.

To Rabbi Mordechai and Chana Wecker on the engagement of their daughter Dina to Elad Eliyahu.

At shalosh seudos of Purim week, we celebrated Dr. Schwartz‘s siyum on the tractate of Rosh Hashana as part of the Daf-a-Week program. The program is now beginning the tractate of Ta’anis, which will take about seven months to complete. Any men interested in participating locally can contact Rabbi Haber or Rabbi Prager. For more information, please see http://www.dafaweek.org/.

One of the primary mitzvos of Purim is matanos l’evyonim, gifts to the poor. B’nai Israel Congregation has a great tradition of partnering with Od Yosef Chai to help impoverished families in Israel. Donations for Od Yosef Chai can be made before or during Purim, Thu., Mar. 1. All monies will be tallied and reported to the organization for distribution before the end of Purim. Their deadline is 5:30 PM, Thu., Mar. 1. If you wish that your funds be distributed locally, please contact Rabbi Haber. Checks for Od Yosef Chai should be made out directly to them. Checks for the local use should be made to B’nai Israel, Rabbi’s Discretionary Fund. 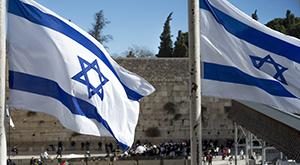 Scholarships for teens who want to visit Israel. Click here for details. Apply by April 1, 2018.

Jan. 4, 2018: To Gershon Aronoff for shoveling the shul‘s walks and steps this snowy morning. Minyan is a gathering that meets no matter the weather!

Nov. 17: Thanks to Lisa Kingsley for her persistence in obtaining ads and inscriptions for the soon-to-be-published B’nai Israel Calendar.